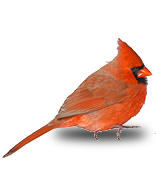 A person of Cuban, Mexican, Puerto Rican, South or Central American, or other Spainish culture or origin regardles of race.

White (Not Hispanic or Latino)

A person having origins in any of the original peoples of Europe, the Middle East, or North Africa.

Black or African American (Not Hispanic or Latino)

A person having origins in any of the black racial groups of Africa.

Native Hawaiian or Other Pacific Islander (Not Hispanic or Latino)

A person having origins in any of the peoples of Hawaii, Guam, Samoa, or other pacific Islands.

A person having origins in any of the original peoples of the Far East, Southeast Asia, or the Indian Subcontinent, including, for exammple, Cambodia, China, India, Japan, Korea, Malaysia, Pakistan, the Philippine Islands, Thailand, and Vietnam.

A person having origins in any of the original peoples of North and South America (including Central America), and who maintain tribal affiliation or community attachment.

Two or More Races (Not Hispanic or Latino)

All persons who identify with more than one of the above five races.

Defined as a person who (1) has a physical or mental impairment which substantially limits one or more of his or her major life activity(s), (2) has a record of such impaiments(s), or (3) is regarded as having such impairment(s). For purposes of this definition, an individual with disability(s) is substantially limited if he or she is likely to experience difficulty in securing, retaining, or  advancing in employment because of the disability(s).

Defined as a veteran who is entitled to disability compensation (or who, but for the receipt of military retired pay, would be entitled to compensation) under laws administered by the Veterans Administration for a disability (i) rated at 30% or more, or (ii) rated at 10 or 20% in the case of a veteran who has been determined under Section 1506 to have a serious employment disability, or a person who was discharged from active duty because of a service-connected disability.

Veteran of the Vietnam Era

Defined as a veteran who served in a (war) declared by Congress, in a campaign or on an expedition for which a campaign badge, a service medal, or an expeditionary medal has been awarded.