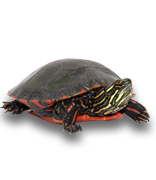 Wrapping up another fun week!

Camp Red Cedar offers two special camps geared for children with Autism. ACT (Autism Community Together) camps were June 16th and July 14th and grouped children together by age. Our first camp for 5 to 11 year-olds featured some exciting opportunities for campers to explore, play, and grow. Like most of our camps, ACT weeks started off with our friends from American Taekwondo Association (ATA), Mr. Trowbridge and Mr. Castillo, who taught our campers the art of Taekwondo every morning at 8:30. Activities include warming up, learning new moves, practicing on pads, and finally breaking boards with their hands!

After the Taekwondo lesson our campers experienced horseback riding. The campers had the opportunity to ride some of our favorite horse, Doc, Candy and Lacy. Every day offered a new activity for the campers to do on horseback. Some of these activities included weaving through poles and throwing hula hoops. Campers also enjoyed the great outdoors by going on a trail ride around the lake.

The ACT camp had the first chance of the year to experience Music Therapy. Our instructors began each session with a guitar song. Each camper had the special opportunity to help them play their songs. Campers were given a drum and instructed to play a certain beat so that as a whole each group created their own song! Another fun activity involved giving each camper a specific beat that, when played, was their cue to get up and dance in front of everyone. At first campers were nervous, but after a bit of persuading campers loved dancing to the music along with their friends.

A favorite craft for these two weeks were dream catchers. Campers had the opportunity to make their own dream catcher out of willow branches found around Camp Red Cedar’s 57 acres. Using beads, feathers and string, campers constructed a dream catcher that they were able to bring home at the end of the week.

Like each camp, the day ended with some fun by the lake. Camp Red Cedar’s lake gives campers who may not have the opportunities that most do to go swimming by being fully accessible and having our two life guards, Chris and Katherine, on duty every afternoon making sure every camper is safe. ACT campers had the awesome opportunity to canoe around our lake or go fishing each day.

As ACT Camp ended we said goodbye to some more campers, but they did not leave empty handed! Their dream catchers that were made during the week went home with them. Maybe some of the dreams they caught were about Camp Red Cedar!

Got any questions or are you interested in joining in on all of the adventures at Camp Red Cedar? Call us at 260-637-3608.